Nashville’s cultural landscape — the fashion, music, entertainment, art and food — has changed dramatically over the past five, 10, even 20 years, and with that, the city’s neighborhoods have changed as well. The once-quiet neighborhood of 12South draws tourists in numbers we never imagined; East Nashville has seen a resurgence and its pocket neighborhoods are once again some of the most desirable in the city; the commercial heart of Hillsboro Village has seen the opening of new stores and the closing of others. This neighborhood, which sits between Vanderbilt and Belmont universities, is an enclave of businesses, and it is also a historic residential area.

The streets in the heart Hillsboro Village have long been lined with businesses selling everything from pets to pancakes. Although we continue to see storefronts don new signs and remove old ones, the underlying essence of the neighborhood endures. The Hillsboro-West End Neighborhood Association‘s Board of Directors Chair Martha Stinson has called the neighborhood home for 35 years. “Over 35 years, things change,” she tells us. “It has changed dramatically. Tenants have come and gone but that is the flux of evolution and the marketplace. But preservation of historic character has allowed it to stay the same and improve. This character is an authentic, integral part of Nashville’s history. As we grow like gangbusters, it is comforting that there are anchor pieces we have preserved, grown and developed in a smart way.” The walkability and historic architecture are two main draws for the neighborhood, but it is what sits inside these structures that define the community. Historically, the business district prided itself as being full of locally owned, independent shops. “Hillsboro Village was Nashville’s cool neighborhood long before the city itself was so hot,” say business owner Bob Bernstein, who opened Fido in 1996 as the second venture in his Bongo Productions. The coffee shop and eatery has been a mainstay in the Village, “However, as the city has changed so has the area,” he continues. “Home prices have sky-rocketed, and so too have retail rents. Thus, many local businesses are being replaced by out-of-town chains and corporate-looking operations. The Village will constantly change. However, with its location, it will always be hot.”

Martha Stinson sees Fido as a perfect example of the continuing evolution of the Village, or any enduring, vibrant commercial center. Prior to Fido, Jones Pet Shop was the longtime staple in that very spot. “Jones Pet Shop was the inspiration for Fido’s name and theme,” Martha shares. “Its sign is still on top of Fido’s building, where it has been for decades! Newer Nashvillians may not know this connected history. We mourned the loss of Jones Pet Shop at the time, and now its replacement is the new Village staple. What’s happening in the Village now is the exciting continuation of this kind of ongoing evolution that happens in a healthy, vibrant market. We look forward to preserving the historic character of the Village, which makes it unique and authentic, while accommodating natural change.” Since opening in 1996, Fido has been a mainstay in Hillsboro Village. This coffeehouse and restaurant, located in the former Jones Pet Shop space, has an all-day menu of breakfast, sandwiches, salads and more. As is true of the rest of the city, change can be seen in the culinary landscape of Hillsboro Village. Pancake Pantry, The Villager, Provence Breads & Café and McDougal’s have their names on the list of Hillsboro Village staples alongside Fido. Thirty-five years before Fido joined the neighborhood, Pancake Pantry opened their doors — and 56 years later, the line still runs down the block. Robert Baldwin opened Pancake Pantry with pancakes and syrups made fresh daily and although it moved just two doors down in the building redeveloped by H.G. Hill in 1995, not much else has changed. The Villager Tavern garners attention not for its fresh food but for its cheap beer and dive bar atmosphere. Down the street, Sportsman’s Grille offers more cold beer, smokey rooms and food that pairs well with a Preds or Titans game. Another breakfast and lunch option, Provence Breads & Café opened in 1996. Down Belcourt Ave., Nashville’s famous fried chicken has been served at McDougal’s for 14 years. Then came Cabana, Jackson’s Bar and Bistro, The Dog, Belcourt Taps, Pizza Perfect and Kay Bob’s Grill & Ale.

These eateries have been joined by newcomers: Double Dogs, Revelator Coffee, Jeni’s Splendid Ice Creams, The Grilled Cheeserie Melt Shop, Juice Bar and Rusan’s Sushi & Seafood, with Hopdoddy Burger Bar and others on the way. Many of these restaurants (including The Grilled Cheeserie, Juice Bar and the soon-to-come second location for Biscuit Love) fall under the Fresh Hospitality umbrella. “We are happy to be investing in Hillsboro Village,” says Partner/Chairman of Fresh Hospitality Matt Bodnar of their expansion into the Village. “It’s a great neighborhood that continues to grow and improve, and we are excited to be bringing several Fresh concepts to the area.”

Of course, with the opening of new restaurants came the closing of others: Bosco’s closed after 19 years in business back September 2014; Sam’s Sports Grill flagship location closed in 2015 after fighting a fire in the restaurant and ultimately relocating to Belle Meade; Rusan’s replaced Lucky Belly; Savarino’s Cucina and upstairs bar Amari will close after service on April 29; Sunset Grill closed their doors after 24 years of business back in January of 2015; and Bongo Production’s Hot & Cold closed in May 2016 to make way for a new concept. These are only a few in the long list of eateries that have bid the neighborhood farewell, but that is all part of the change. The Grilled Cheeserie, a local food truck, opened their brick-and-mortar space in January of this year. Aside from Pangaea, Davis Cookware & Cutlery Shop, A Thousand Faces, A Village of Flowers and Village Cleaners, the current retail tenants in Hillsboro Village have joined the neighborhood in the last 10 years, most in the last five, and two opened in the same year — Nashville native Genie Lockwood opened Arcade, a boutique devoted exclusively to baby and children’s apparel and gifts, and Kelly Connley, an eight-year resident in the area, opened Native + Nomad. “I used to walk down to the Village and shop at Pangaea, BookManBookWoman and Clothing Exchange; have coffee with strangers at Fido; and stop into the art gallery,” says Kelly. “I always felt at home here. I appreciated the local and unique feel of the shops and the accepting vibe of the community. Hillsboro Village has changed a lot since then, but I wanted to open N+N here to help keep everything I love about the Village alive.”

Native + Nomad’s also strives to uphold the Nashville standard of supporting local. “What we really hope to bring to the village is designer and quality items, while preserving the integrity of this area,” Kelly continues. “Everything in N+N is hand-curated with the neighborhood and community in mind because the shop was made for this very spot. We just want to keep that diversity alive and respect what this neighborhood has always been: unique!”

Most recently, Hey Rooster General Store opened their doors in the Village. Although we were devastated to see BookManBookWoman close shop, we are thrilled that another local business has chosen to call the neighborhood home. Formerly located in East Nashville, Hey Rooster will occupy a portion of the space that was held by BookWoman from 1995 to the end of 2016. Other neighborhood spots for fashion are Posh, REVV, The Impeccable Pig, Scout & Molly’s, SEE Eyewear, United Apparel Liquidators (UAL), Tennessee Chic and Onward Reserve. “We carry many products that are tied to this community whether they are made here by a local artisan, promote our city or support a local non-profit, charity or philanthropy,” Native + Nomad owner Kelly Connley says of the store, which opened in 2015. You will swoon over the high-quality selection of children’s clothing, books, toys and décor sold at Arcade, which is located on Acklen Avenue with The Pilates Garage and Uncle Classic Barbershop. Head to Hey Rooster General Store and welcome them to the neighborhood! You will find home goods (including this lovely pottery), beauty, cards, books and gifts.

Of course we can’t talk about Hillsboro Village without talking about its art attractions. From the murals by Andee Rudloff, David Glick and Adam Randolph to the historic Belcourt Theatre to the dragon in Fannie Mae Dees Park, the art community is live and vibrant.

The Belcourt first opened in 1925 as Hillsboro Theatre and has since been known by four different names. The historic theatre recently underwent a renovation — the first in 50 years. This is a neighborhood favorite for folks of all ages as everyone enjoys a stellar film in an historic setting, one that now serves beer. The 36-year-old dragon at Fannie Mae Dees Park is in much need of renovation, as well. Currently, the dragon is fenced and closed to the public as HWEN in partnership with Metro Parks is raising $200,000 for its restoration. “We have raised $70,000 and started the work with faith that the community will step up and give the funds necessary to successful completion,” Martha shares. (Learn more and help save the dragon here.) David Glick and Adam Randolph originally painted this mural in 1995, and it has since been touched up by artist Andee Rudloff.

But that’s not all the change that is afoot. Look for more to changes to come in the Village in the form of construction and business openings. Ground has been broken on the six-story Moxy Hotel Vanderbilt. Also, the Village 21 at Regions Park mixed-use development will bring apartment units, commercial space, parking spots, a new Regions Bank and a restaurant. The Belcourt Terrace Nursing Home has been purchased and rumors have spread about converting this into an apartment and commercial space.

“The association’s goal is to protect the uniqueness and authenticity of the neighborhood as much as we can,” says Martha of the Hillsboro-West End Neighborhood Association. “We are highly engaged with developers and the neighborhood to encourage smart development. We embrace change and welcome the opportunity to talk with those who have ideas. I am looking forward to trying the new places!”

Get out and enjoy Hillsboro Village, new and old. And although we only focused on the short stretch of 21st that defines the heart of the Village, there is so much more to see! Make a day of it!

Hello Friends!
It’s spring in Nashville. When the blooms pop out we all seem to emerge from
hibernation.  That means the real estate market heightens as well. The selling and buying fever is at a high pitch.

Each month real estate reports seem to say that we have surpassed sales over the same month the previous year.  Final numbers for 2016 indicate there were 38,954 homes sold in the region. Compared to the 36,873 closings in 2015, the total sales for 2016 were up 5.6%. Experts say mortgage rates could increase. But in other news…Nashville is still growing by 75-100 people a day.

We enjoy a diverse economy. Specifically we’ve got a 10% margin over most other cities when you factor in our lower cost of living (about 95% of the National average) and the tax benefit to living in Nashville (about 106% of the National average). That extra 10% margin allows Nashvillians to buy homes, pay off education and invest in businesses at a greater rate than most locations. The above facts are hot off the press from the Nashville Chamber President’s speech to my firm a few weeks ago.

I truly thank you for your friendship and your business. Thanks to you I was second in my firm for production for the second year in a row.  This is an exciting field of work and I’m always ready to help you or your friends with the right sale or purchase.

Please check out my site that is in the works at DanaBattaglia.com and look for my ads in the beautiful new magazine called 372WN (372WestNashville). Call me when I can be of help! 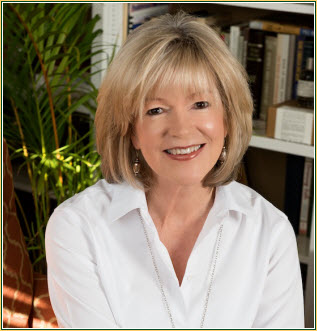 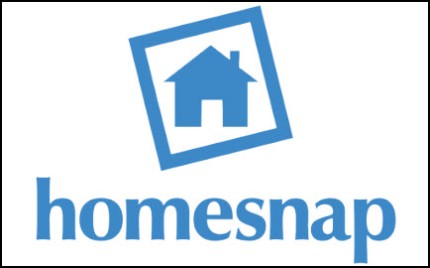